I missed the beginning and it’s quite some time ago, so unfortunately I can’t tell you either the name of the radio program or the specific project it was reporting. I can tell you it was a story from a town in northern England about a public education scheme to encourage disadvantaged residents to improve their diet. When I tuned in the group was being taught how to cook risotto.

Ah, risotto … The cook teaching them was adamant that the stock be kept at a steady simmer, and that said stock should be home-made from scratch. No supermarket shortcuts. After the class, the radio producer asked the participants if they would be making that risotto again. The responses were a polite but unequivocal No. Why not? Because it was fiddly and involved a lot of preparation.

Risotto is one of my go-to, quick suppers. This probably makes me sound a bit OCD, but I once road-tested two versions of the same mushroom risotto recipe. One made adding stock kept at a gentle simmer, and one version where I added the same stock but cold. Perhaps I have an unsophisticated palate, but I couldn’t taste any difference. If that cooking teacher had offered her class a simpler option would the participants have tried making risotto at home? Maybe.

It was reading Pressure Cooker: Why Home Cooking Won’t Solve Our Problems and What We Can Do About It by sociologists Sarah Bowen, Joslyn Brenton & Sinikka Elliott that reminded me of that risotto episode. Pressure Cooker is a survey of home cooking and it’s a fascinating and engaging read. The book tells the food-stories of nine families, and draws on the researcher-authors’ interviews with over a hundred-and-fifty mothers and grandmothers living in North Carolina. The women were mostly working-class. Time-poor mothers and just plain poor mothers—not the people who generally feature in books about the delights of home cooking and the honeyed past. When housewives spent their afternoons baking and set the table every evening. A past, as Bowen, Brenton and Elliott so deftly point out, that was never one-size-fits-all. 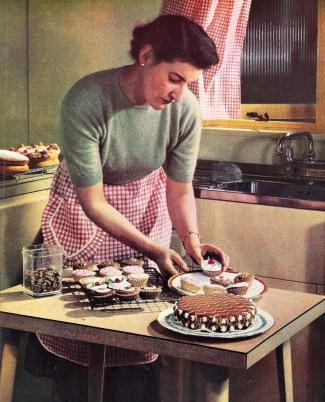 That’s one of the things I particularly like about Pressure Cooker: the way it debunks popular myths, exposes gastronomic magical thinking. Family dinners aren’t a panacea for social ills. Ditto cooking healthy meals at home. Yes, it’s great if we all learn to cook cheap, nutritious dishes, learn to grow our own herbs and shop for in-season vegetables. But let’s not overlook the deeper issues of inequality. There are people who struggle to afford any food, let alone whole ingredients, artisan bread and organic fruit. Not everyone has access to a workable kitchen. How do you prepare supper for your kids with only a single hotplate? What about people working shifts who don’t have control over their schedules? Whose only shop within walking distance is a convenience store selling chips, chocolate and close-to-expiry-date yoghurt?

OK, home cooking alone won’t solve our problems, so what else can we do to improve things? Pressure Cooker’s authors are clear: ‘We need collective solutions that will benefit people across the income spectrum.’ Community gardens, food co-ops, local canteens where you pay what you can, food rescue projects (like OzHarvest), free cooking workshops and more.

Which brings me back to that risotto they were making on the radio and my simmering stock comparison. An experiment that proved—to me at least—that you can make a risotto easily and simply using a single pan. The method may not be chef-approved but you still end up with a dish that’s tasty, inexpensive and not too time consuming. 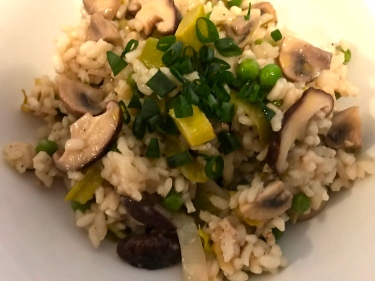 ‘Working to bring about true food justice starts by trying to understand people and communities … what works for one neighbourhood may not work for another.’