It’s that time of year: bushfires, barbecues, shops window-dressed with tinsel, fairy lights and fake snow, with chocolates, glacé fruits and marzipan. It’s the season for marzipan. I’m not a fan of white icing, but a festive fruit cake without marzipan is missing something essential. And I can’t imagine Swedish princess cake without its distinctive, green-tinted coat.

The story starts in the Middle East, probably in Persia. Traders or maybe returning crusaders brought the confection west to Europe. One of marzipan’s many origin stories claims it was born in Venice during a great famine. Without flour to make bread, Venetian bakers used ​​ground almonds instead, adding sugar and honey to their dough. Presumably—despite the famine—there was no shortage of nuts or sweeteners? Or is it a case of never let logic get in way of a good legend?

Another marzipan story, very likely apocryphal, takes place during the Wars of Religion (1562-98). Huguenot leader, Gaspard II de Coligny, loved marzipan and the day before an important battle he over-indulged in his favourite delicacy. This gave him such terrible indigestion, he was unable to lead his troops, and the Protestants were defeated.

Marzipan also gets served up in literature. It’s mentioned in Shakespeare’s Romeo and Juliet where Act I Scene V opens with a bit of domestic business:

‘First Servant:
Away with the joint-stools, remove the
court-cupboard, look to the plate. Good thou, save
me a piece of marchpane … ’

And, à la recherche du massepain … Food and the rituals of the table play a large part in the work of prolific, nineteenth-century writer Honoré de Balzac. (As well as fiction, he co-edited a collection of gastronomic texts.) It was during a stay with friends that Balzac, collecting material for his 1842 novel La Rabouilleuse, discovered Issoudun’s famous marzipan:

Out of copyright, La Rabouilleuse is available (in French) online. This is my translation of the above passage:

She took a flask containing her homemade blackcurrant liqueur from a cupboard; she had obtained the recipe from those famous nuns to whom we owe credit for ‘Issoudun Marzipan’. This local sweetmeat is one of the greatest creations of French confectionary and one which no chef, cook, pâtissier or confectioner has been able to copy. Monsieur de Rivière, our ambassador in Constantinople, would order enormous quantities of it every year for Mahmoud II’s harem. 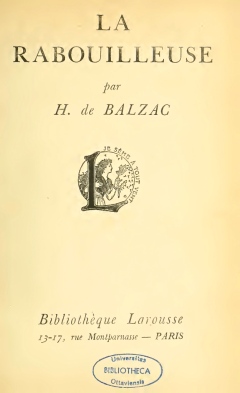 Not long after the publication of Balzac’s novel, an enterprising Parisian distributed leaflets announcing that he’d opened opened a shop a selling Issoudon marzipan. His circulars  contained what purported to be an extract or endorsement from Balzac. It wasn’t, but the PR plot paid off. Rumours spread through the capital that Balzac had become a pastry chef and people flocked to the shop on rue Vivienne.

The production of this sweetness flourished across the cities and regional towns of Europe. Eventually spreading further afield to the Americas, Australasia and elsewhere.

Recipes vary. In India marzipan is sometimes made with cashew nuts which are cheaper and more readily obtained than almonds. But the majority of recipes contain three basic ingredients: almond meal, sugar and egg or egg white.

The Green and Gold Cookery Book published in Adelaide in 1923 and reprinted multiple times since, has this recipe for what it calls ‘almond icing’, a term you find in a lot of older English language cookbooks:

For me, marzipan is all about the almonds. So I don’t find fruit juice, orange flower water and sherry appealing additions.

Marzipan became a speciality of the German Baltic ports of Lübeck and Königsberg (now Kalingrad and part of Russia). As port cities they were trading hubs with ready access to the necessary ingredients. My preferred marzipan is the kind that comes from Lübeck. It’s made with more almonds, less sugar and no egg.

Yet another origin story says marzipan was invented in Lübeck at the beginning of the fifteenth century. Again during a famine when the only foodstuffs available were sugar and a handful of almonds. Another story that speaks of the hunger and scarcity that haunted medieval life.

Unlike a lot of home-made versions, German (and Danish) marzipan is generally made with the meal of sweet almonds—and a tiny amount of bitter almond, which deepens the flavour.

Almonds come in two kinds, sweet and bitter. Bitter almonds aren’t eaten like the regular nuts, they’re used as a flavouring, more like a spice. In amaretti biscuits, in amaretto liqueur and in a number of traditional dishes. In Australia we grow sweet almonds along the Murray River in Victoria and South Australia. Vast irrigated orchards of densely planted trees. Seas of blossom and stormy debates about water allocation to farmers. Long before the wellness industry seized on all things almond, thereby encouraging a thirsty monoculture, marzipan was a treat to be enjoyed on special occasions.

Botanically speaking, the almond is a peach in disguise. And bitter almonds contain a form of cyanide. Although cooking destroys the poison, the nuts’ sinister reputation persists. Fuelled in part by crime fiction. All those scenes where the detective points out the odour of bitter almonds on a murder victim’s breath.

Back to Lüback where there’s a Museum of Marzipan. Its display includes life-size figures made from marzipan, including one of Nobel laureate Thomas Mann who was apparently very fond of the confection. Madame Tussauds eat your heart out! Who wants wax figures when you can have edible ones? Now, would Thomas Mann miss a finger or two … ?